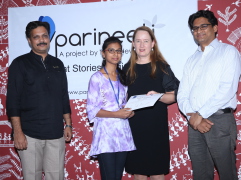 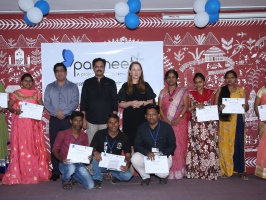 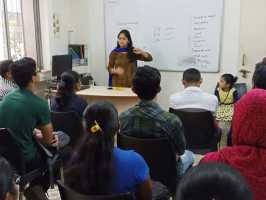 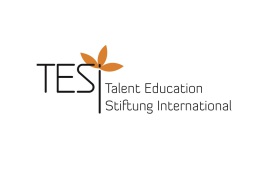 The abbreviation TESI stands for Talent Education Stiftung International. As an association of responsible citizens who are committed to helping people who need our support beyond the borders of Germany. The focus of our work is placed on vocational training services available for adolescents and young adults. Due to personal enthusiasm for the country, people and culture, the regional focus of engagement is on India.

Vocational training is the key to fighting poverty in developing and emerging countries. The main work objective of TESI is therefore to actively reduce poverty through career counselling and vocational programs. 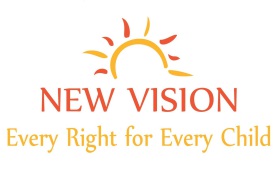 ​NEW VISION is a Non Government, Non religious, non political and an equal rights Organization based in Pune and registered under the societies registration act of 1860 & the Bombay Public Trust Act of 1950. Formed in 2002 by professionals from various NGOS and working in positions such as social workers, HOD, supervisors, Project Management and teachers,NEW VISION came into existence. It was initiated and founded by Mr. Manish  Shroff  founder President who has been in the development sector for many years, he had set a vision early in his career where every child should get every right set by the constitution of India. 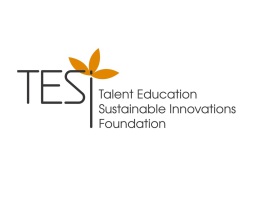 TESI Foundation India’s vision is to help create an equal, just and sustainable society by empowering the underprivileged. TESI Foundation India believes vocational training is the key to fighting poverty in developing and emerging countries. The main work objective of TESI is therefore to actively reduce poverty through career counselling and vocational programs.  This is fulfilled by engaging empowered citizens, institutions and NGO’s  to become active and supportive partners, advocating an effective and accountable State and making markets work for the underprivileged. To inspire breakthroughs in the way the world treats underprivileged and to achieve immediate and lasting change in their lives.

​ About The Parineeti  Project

It is a  collaboration between TESI & New Vision. At Parineeti we offer learning enthusiasts from disadvantaged economical backgrounds the opportunity to interactively acquire skills and to e​xpand their knowledge in order to strive towards a better future for themselves and their families. Our training offers German teaching concepts and quality standards combined with Indian creativity and reality of work-life. Vocational guidance mixed with intensive personal care is our recipe for success. Reflection and independent thinking are key elements: recognizing your own needs, abilities and opportunities are a prerequisite for development. The teenagers often neglected by society and family, discover new talents through talking to us and start a new phase of life with strengthened self-confidence. Additional offers such as trainings on sexuality & health, gender equality,constitution of India as well as interacting with experts and excursions to renowned companies complete the Parineeti concept.

To offer learning enthusiasts from financially disadvantaged backgrounds the opportunity to acquire skills and knowledge for their holistic growth and development, and to enhance their employability for sustainable livelihoods which in turns creates a positive impact on society.